Five Lingering Questions About The Bizarre Paul Pelosi Attack – Everybody was stunned on Friday morning when news broke that the 82 year old husband of Speaker of the House Nancy Pelosi had been assaulted inside of his home early in the morning with a hammer.

The shock and awe grew after it seemed to become clear that the assailant was looking for the Speaker of the House herself – the third in line to the Presidency. – READ MORE

Energy Company Warns Of Diesel Shortages In Multiple Parts Of The Country – Fuel supply company Mansfield Energy warned on Tuesday that the northeastern and southeastern United States are poised for diesel shortages.

Even as the nation has the lowest distillate fuel inventories since 2008, the four-week average of distillates supplied, a proxy for demand, rose to its highest seasonal level since 2007, according to an analysis from Bloomberg. Mansfield said in a release that prices are soaring more than posted market averages. – READ MORE 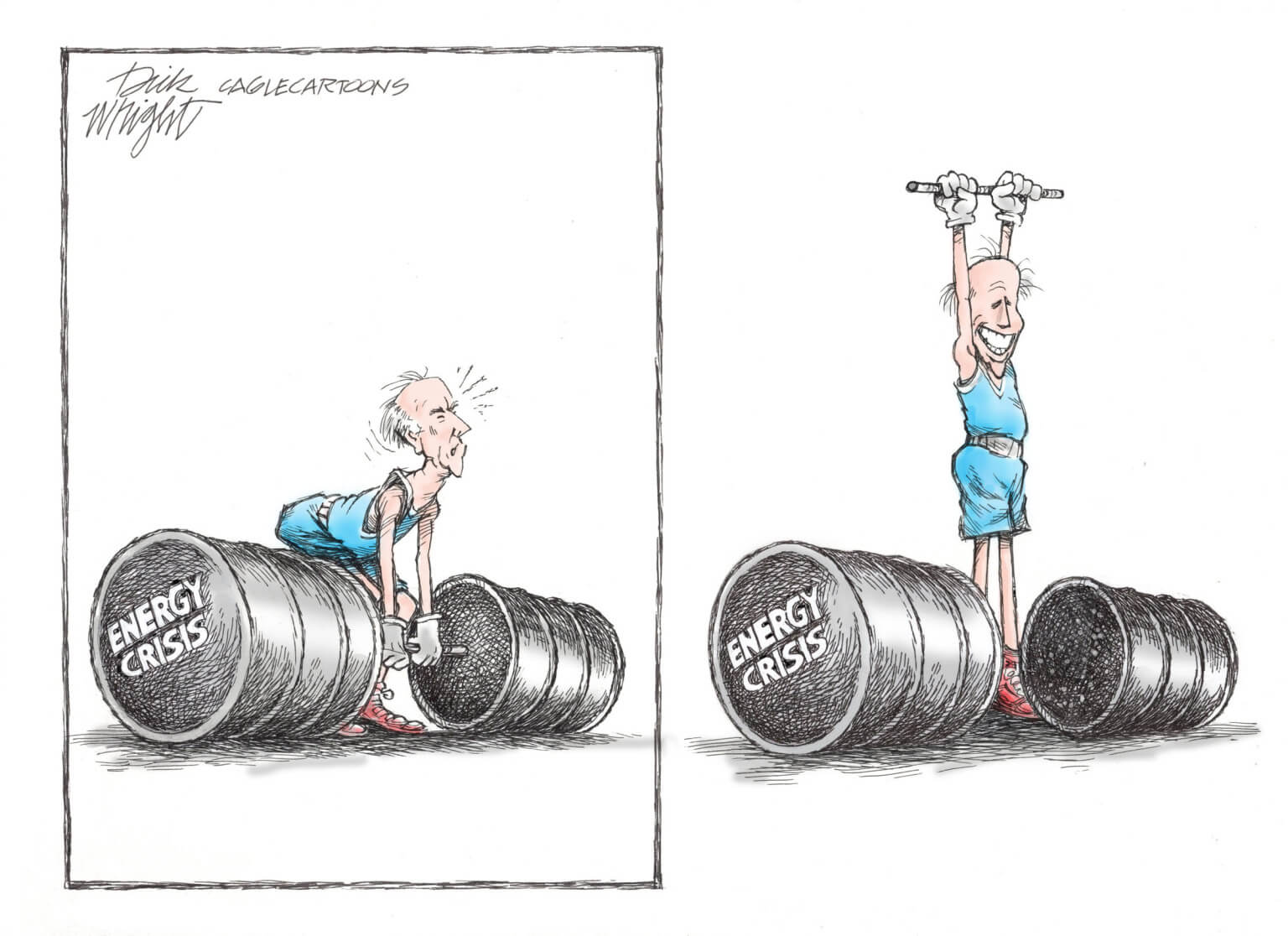 East Coast Retail Diesel Prices Moving Significantly Higher Than Overall US Hikes – East Coast retail diesel prices are soaring relative to the rest of the country, propelled by inventories in the region that are almost half of what they normally should be at this time of year.

The comments were made to the U.S. Energy Secretary at a recent White House meeting with energy executives, Reuters reported on Tuesday. – READ MORE

Crisis Averted? Decrease in German Gas Use will be Down to Business Bankruptcies – Industry Org – Any serious reduction in the use of gas by businesses in Germany will be down to companies downsizing or closing down, and not from attempts to save energy, the head of one industry organisation said.

Peter Adrian, the President of the Association of German Chambers of Commerce and Industry (DIHK) has claimed that there is little room left for businesses to save energy, putting any savings in the sector so far down to companies either downsizing or shutting down completely as a result of economic pressure. – READ MORE

A study conducted by I&O Research for the Dutch trade journal Binnenlands Bestuur (Domestic Governance) claimed that there has been a noticeable shift in how people are living their lives over the past two years as a result of the growing cost of living crisis, with European energy and fuel prices soaring following lockdowns and the February invasion of Ukraine. – READ MORE

Teetering On The Brink: 63% Of Americans Are Living Paycheck-To-Paycheck – We have reached a point where nearly two-thirds of all Americans are living paycheck to paycheck. So what happens if millions of those people suddenly lose their paychecks during the severe economic downturn that is ahead of us? In 2008, unprecedented numbers of Americans found themselves unable to pay their mortgages when the recession struck, and foreclosures surged to absolutely shocking levels. Unfortunately, we have set ourselves up for the same thing to happen again. Most Americans are literally teetering on the brink of financial disaster, and it won’t take much to push them over the edge. – READ MORE

Russia Pulls Out of Ukrainian Grain Pact After Alleged UK-Backed ‘Terror Attacks’ on Ships – Russia announced on Saturday that it would no longer comply with the United Nations-negotiated pact to allow the continued flows of grain from Ukrainian ports through “corridors” in the Black Sea.

In a move that will threaten global food supplies, Moscow said that in response to drone strike “terror attacks” on Russian ships, allegedly conducted by Ukrainian forces with the aid of the British military, the Kremlin has decided to halt compliance with the pact that has seen grain continue to be shipped from Ukrainian ports to the rest of the world. – READ MORE

U.S. Pledges Additional $270+ Million in Battlefield Weaponry for Ukraine – The Biden White House announced Friday a new weapons package worth $275 million is destined for Ukraine, bringing the total U.S. military aid to Kyiv to more than $18.5 billion since January 2021.

The move follows the European Union’s announcement of a plan of its own to stop the flow of arms from the Ukrainian conflict ending up in the hands of criminals in member states, as Breitbart News reported. – READ MORE

Report: Joe Biden Working on Another $50 Billion Ukraine Aid Package After Midterms – The White House is discussing an additional $50 billion in aid for Ukraine after the midterm elections, according to NBC News.

President Joe Biden is considering the move, particularly if Democrats lose their majorities in the House and Senate, the report notes, citing “officials familiar with the discussions.” The number is expected to be around $50 billion. – READ MORE

“Let’s Get Out Of NATO”: Discontent Soars Across Europe As Russian Sanctions Backfire – Western sanctions against Russia have been considered a powerful foreign policy tool by the US and the EU to paralyze Moscow back to the ‘stone age.’ Though sanctions against Moscow have entirely backfired, sparking the worst cost-of-living crisis for Europeans in a generation.

In early September, we first noticed a wave of discontent sweeping across Europe as tens of thousands of people took to the city streets to protest soaring electricity bills and the worst inflation in decades. Some countries delivered relief packages to citizens to tame the anger, while other countries did not have the financial capacity to hand out checks. – READ MORE

Biden kills an hour with TikTok ‘influencers’ brought to DC to receive Democrat marching orders – Eight people were flown to Washington, D.C., this week to meet with President Joe Biden. Their stated purpose was neither to bolster border security nor to address inflation but rather to utilize the Chinese-controlled social media app TikTok to help Democrats hold on to and secure more power.

The Washington Post reported that a handful of so-called influencers, including Nia Sioux, Mona Swain, Vitus Spehar, Kat Wellington, and Mattie Westbrouck, were flown for free to D.C., where they met with Biden, former president Barack Obama, and leaders of both the Democratic National Committee and House Democrats’ campaign committee. – READ MORE