The very public servants we pay to protect us and maintain order in Chicago are increasingly under attack themselves. At an order of magnitude dramatically greater than in years past.

If the recent jump in violence directed at officers is not soon squelched by judges and politicians who make it clear criminals will pay a steep price for their variegated misdeeds, then the violence eating at Chicago will only spread. 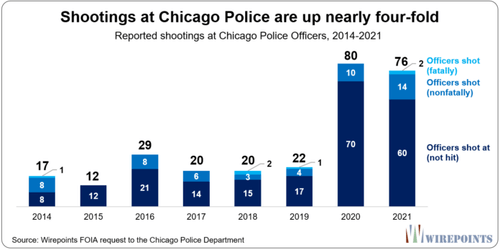