The Great Re-Sorting Is Here – This week, the incoming New York City Mayor Eric Adams — the supposed rational corrective to uber-radical outgoing Mayor Bill de Blasio — announced that he would allow legislation to proceed allowing local voting for 800,000 noncitizens. The same week, the legislature in California took up a bill that would establish single-payer health care in the state, paying for the increase in costs by essentially doubling taxes.

Americans have been fleeing the most liberal states in mass numbers. Those numbers are about to increase even more. – READ MORE 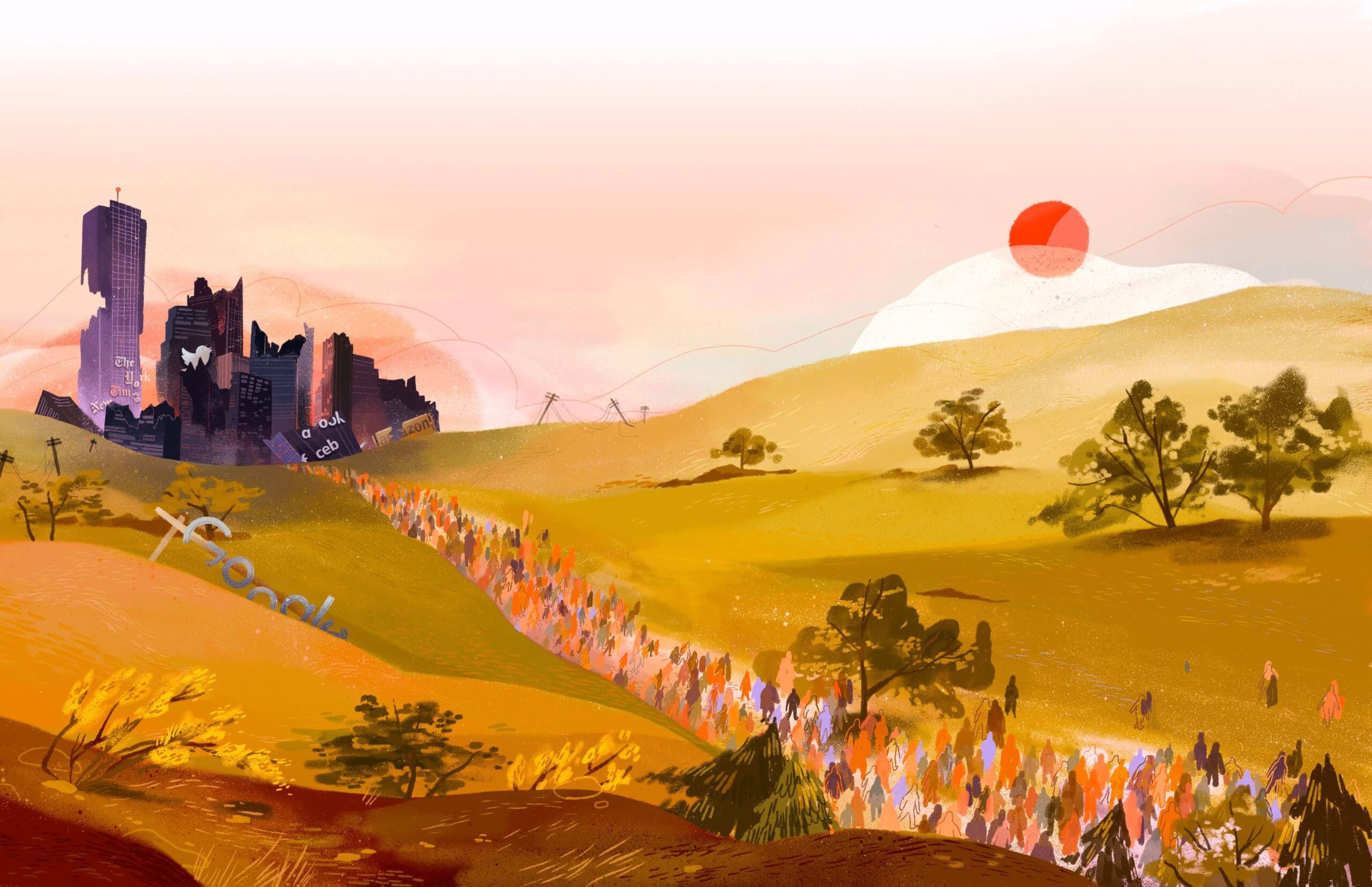 Bidenflation: Consumer Prices Surge 7%, Worst Since 1982 – U.S. inflation rose to the highest level in nearly forty years in December, underscoring the high and rising inflation that has been the hallmark of the first year of Joe Biden’s presidency.

The Labor Department said the Consumer Price Index—which tracks what consumers pay for goods and services—rose by seven percent from a year ago. That was the fastest 12-month pace since 1982 and the seventh straight month of inflation above 5 percent. In November, CPI was up 6.9 percent. – READ MORE

Out of 4,294 hospitals that reported to the HHS, 975 said they didn’t have enough nurses and doctors. – READ MORE

Quebec to ‘Significantly’ Tax Unvaccinated Canadians – Get the jab or pay a tax. That is the simple message the premier of the French-speaking Canadian province of Quebec delivered Tuesday when he warned adults who don’t get the coronavirus vaccination they will be hit with a financial penalty.

The Toronto Sun reports the penalty would be the first of its kind in Canada and would apply to unvaccinated residents without a medical exemption. – READ MORE

Biden Admin Compiling Database Of Religious Objectors To Vaccine Within Obscure Agency – An obscure agency within the Biden administration, the Pretrial Services Agency, announced an Orwellian tracking scheme on Tuesday that could serve as a model for the entire US government to collect the names and “personal religious information” of federal employees who make “religious accommodation requests for religious exception from the federally mandated vaccination requirement,” according to the Daily Signal.

“The primary purpose of the secured electronic file repository is to collect, maintain, use, and—to the extent appropriate and necessary—disseminate employee religious exception request information collected by the Agency in the context of the federally mandated COVID-19 vaccination requirement,” according to the Federal Register. – READ MORE

Seattle elementary school students forced to eat outdoors during COVID-19 — and some say it’s child abuse – A Seattle-area elementary school is making headlines after a policy regarding outdoor lunch periods due to the COVID-19 pandemic circulated on the internet.

According to a Tuesday report from PJ Media, administrators at Queen Anne Elementary school have decided that their students will be eating outdoors during the winter months amid the ongoing coronavirus pandemic. – READ MORE

The Fairfax County Parents Association tweet said “young children are having story time on the cold concrete” outside Waynewood Elementary School in Alexandria and included a photo. WUSA said temperatures in Fairfax County were below freezing Tuesday. – READ MORE

Are You Ready For $4 Gas Prices This Spring? – Americans could be paying as high as $4 per gallon at the pump this spring due to economic recovery and strong demand before relief arrives in the second half of 2022, according to an outlook from GasBuddy.

Patrick De Haan, GasBuddy head of petroleum analysis, said the national average could peak as high as $4.13 per gallon in June 2022. – READ MORE

Report: Congress Beat the Market in Trading for 2021 – Congress beat the market, on average, with its millions of dollars of trades in 2021, according to watchdog organization Unusual Whales.

Members of Congress bought and sold close to $290 million in stocks, $140 million in options contracts, $124 million in other securities like private equity funds, and $500k in cryptocurrencies during 2021. – READ MORE