Home » Where Most Aid To Ukraine Comes From

The United States has pledged more than 52 billion euros in military, financial and humanitarian aid to Ukraine since the war began in February 2022 and October 3. 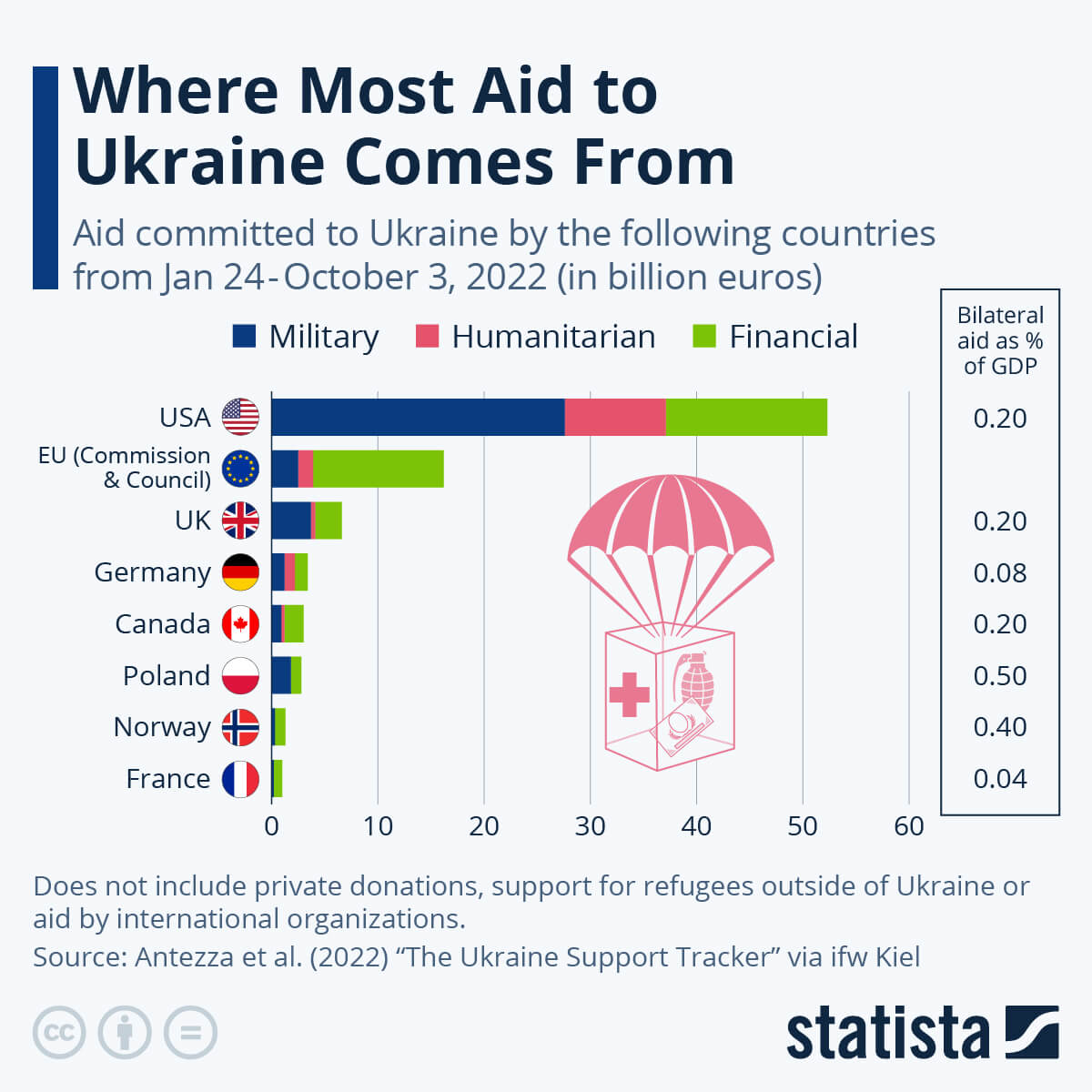 According to the pioneers of the tracker at the Kiel Institute for the World Economy, the U.S. pledged a sum of close to 12 billion euros in recent weeks, while EU countries and institutions committed just 1.4 billion euros.– READ MORE

Where Most Aid To Ukraine Comes From