Major trucking fleets across the eastern half of the US are preparing for an “imminent” diesel shortage, according to logistics firm FreightWaves.

Founder and CEO of FreightWaves Craig Fuller said “3 very large fleets” are preparing for diesel pumps at fuel stations to run dry. Drivers of these fleets received notifications about fuel shortages that could materialize in the coming weeks across the Mid-Atlantic and Northeast regions.

He also tweeted what appears to be an unnamed industry insider explaining the historic mess hitting Mid-Atlantic and Northeast markets is a combination of crude being diverted from the US to Europe and supply chains issues along the East Coast. 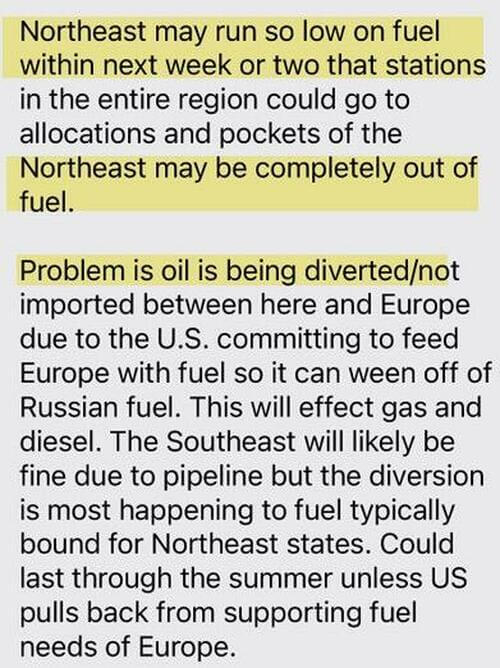 Diesel supply is short worldwide due to the invasion of Ukraine disrupting energy markets and resulting Western sanctions. The writing has been on the wall for months about developing shortages – READ MORE