Associated Press Issues Correction To Its Fake Report Which Could Have Kicked Off WW3 – The Associated Press has issued an official correction for its not-so-inconsequential bit of reporting Tuesday that could have easily set off a chain of events leading to a WWIII scenario.

“The Associated Press reported erroneously, based on information from a senior American intelligence official who spoke on condition of anonymity” …and we the know rest which unleashed a day of incessant warmongering based on the allegation that Russia attacked a NATO member. The incredibly embarrassing correction further states, “Subsequent reporting showed that the missiles were Russian-made and most likely fired by Ukraine in defense against a Russian attack.” – READ MORE

Kyiv Demands Access To Poland Blast Site, Doubles Down On ‘Russian Attack’ Narrative – Despite the US, Poland, and NATO’s Secretary General all having at this point admitted that Tuesday’s deadly Polish border incident was not due to a Russian attack, but instead was “likely caused by a Ukrainian air defense missile” – according to Jens Stoltenberg’s own words, on Wednesday the Ukrainian government is still clinging to its accusations that Russia attacked a NATO ally.

Doubling down on the claims, Kyiv is now requesting immediate access to the site of the blast in the Polish village of Przewodów, in order to conduct its own investigation. And yet it sounds like Ukrainian officials are already ‘certain’ in their conclusions. “Ukraine requests immediate access to the site of the explosion,” Secretary of Ukraine’s National Security and Defense Council, Oleksiy Danilov, said on Twitter. – READ MORE 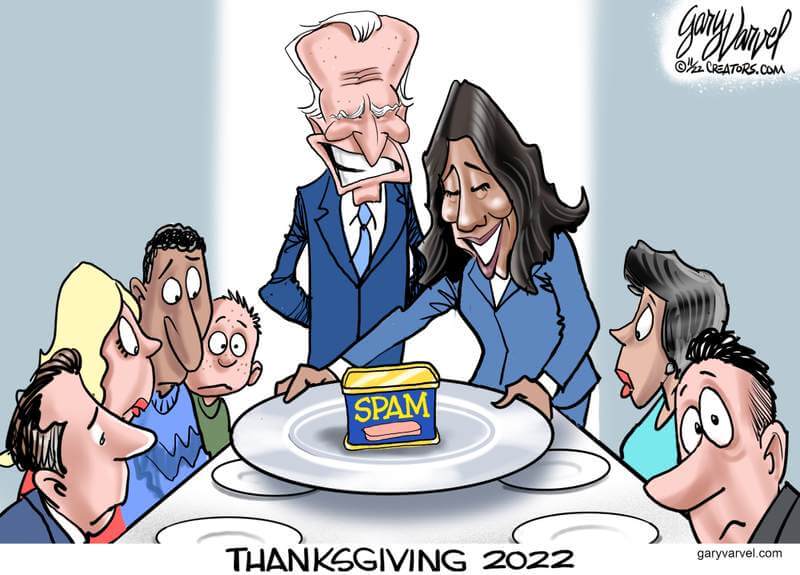 Biden Requests $9.25 Billion to Fight COVID After Declaring Pandemic Over – The Biden administration is asking Congress for $9.25 billion to fight COVID-19 and an additional $37.7 billion to support Ukraine in its war with Russia as part of a supplemental funding request, U.S. officials said on Tuesday.

The administration is also requesting $750 million to fight other infectious diseases and will be seeking additional money for natural disaster relief, the officials said. – READ MORE

In the encounter, President Xi is seen angrily confronting Trudeau for leaking the details of a conversation that happened between them at the summit, which the Chinese leader assumed was private. It was an absolutely humiliating scene for the Canadian PM, especially as it was caught on film – a clip of which is now going viral. – READ MORE

“He is still recovering from a stroke and has lingering auditory processing challenges. The way Hill reporters are used to yelling questions at Senators will not work here,” wrote Rebecca Katz, a political strategist and adviser to Fetterman, on Twitter. Her tweet was in response to another by a Huffington Post reporter, Igor Bobic, who noted that Fetterman did not acknowledge his presence as he was shouting a question at him. – READ MORE

Thanks for Nothin’, Joe: Bidenflation Drives Thanksgiving Prices to Record Highs – The cost of a Thanksgiving meal has jumped up 20 percent this year, Axios reported Wednesday.

A traditional Thanksgiving meal for 10 will cost $64.05, a record high, according to an American Farm Bureau survey. Sky-high inflation under President Joe Biden is the biggest cause, the farm bureau found, with economist Roger Cryan saying inflation is “slashing the purchasing power of consumers.” – READ MORE

Corporate America Cuts Thousands of Jobs as Recession Looms – Corporate America is making deep cuts to its employee base as part of its restructuring efforts to navigate a potential downturn in the economy from the U.S. Federal Reserve’s war on inflation.

“Organized Crime” Looters Steal Astounding $400 Million In Goods From Target Stores – Target is battling what’s being called an organized retail crime wave, resulting in a massive hit on profits this year. The company has employed theft-deterrent merchandising strategies, but still, that’s not enough to stop criminals from running off with everything on the shelves.

Earlier today, the company reported dismal earnings, slashed guidance, and warned consumers are pulling back on spending amid the worst inflationary environment in decades. The retailer also revealed gross profit margins were reduced by $400 million so far this year due to shrink, the industry term for theft and other product loss. – READ MORE

NBC Bay Area affiliate’s report on Paul Pelosi attack shares key details with retracted ‘Today’ report – A new NBC Bay Area report about the assault on Paul Pelosi last month includes several of the same details in NBC News’ retracted national report that suggested Pelosi may not have been in immediate danger when police arrived prior to his attack.

NBC News national correspondent Miguel Almaguer reported on Nov. 4 for “Today” that police didn’t know they were responding to the Pelosi residence, Pelosi opened the door for police but didn’t attempt to escape or declare an emergency, and even walked away from law enforcement and toward his eventual attacker. – READ MORE