During a live streaming session hosted by the Washington Post, Fauci pushed the hosts of holiday parties to demand the vaccination status of guests before they enter the gathering. – READ MORE

Pfizer CEO: ‘I Think We Will Need The Fourth Dose’ – Pfizer CEO Albert Bourla revealed during an interview on Wednesday that he believes Americans will eventually need a fourth dose of the COVID-19 vaccine as concerns grow regarding the Omicron variant.

Bourla shared the comments during an interview on CNBC’s “Squawk Box” with Meg Tirrell and Becky Quick on Wednesday. – READ MORE 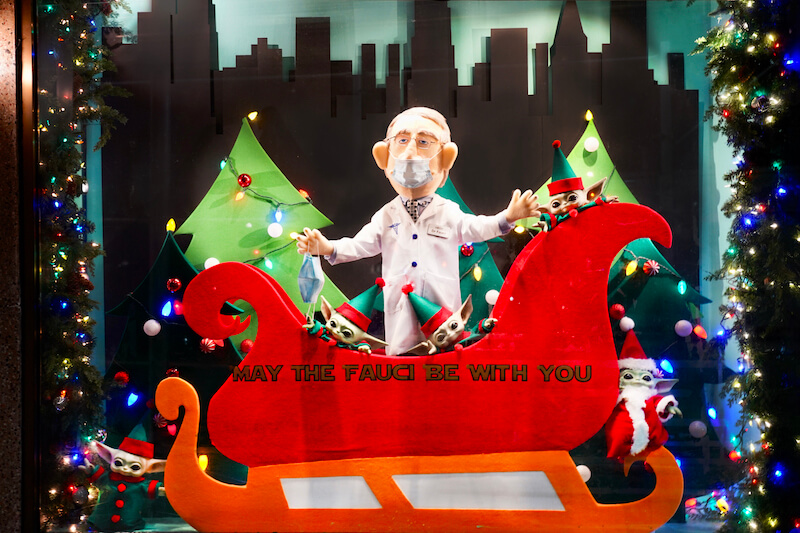 ‘I Am Beyond Furious’: Oregon Kindergarteners Reportedly Forced To Eat Lunch Outside In 40-Degree Weather – At an elementary school in Portland, Oregon, kindergartners were videotaped eating lunch outside and sitting on buckets socially distanced in 40-degree weather. – READ MORE

“So long as there’s people who are eligible who haven’t been vaccinated, we’ve got work to do,” said Ardern. – READ MORE

FDA Says It Now Needs 75 Years To Fully Release Pfizer COVID-19 Vaccine Data – The Food and Drug Administration is asking a judge to give it 75 years to produce data concerning the Pfizer and BioNTech vaccine, up 20 years from a previous request.

The agency, known as the FDA, told the court it can work faster than its previously proposed 500-pages-per-month-rate. But it also said there are over 59,000 more pages than mentioned in an earlier filing. – READ MORE

COVID Fact-Check: “ICUs Are Filled With The Unvaccinated” – Television presenters and news headlines across the United Kingdom have commonly referred to hospitals being filled with unvaccinated covid19 patients. – READ MORE

“Some of the retailers downtown in Michigan Avenue, I will tell you, I’m disappointed that they are not doing more to take safety and make it a priority,” Lightfoot said. “For example, we still have retailers that won’t institute plans like having security officers in their stores. Making sure that they’ve got cameras that are actually operational, locking up their merchandise at night, chaining high-end bags.” – READ MORE

Biden’s New George Soros-Backed Massachusetts Attorney Is Called ‘Road Rage Rollins’ For A Reason – On Wednesday, the Senate confirmed Rachael Rollins as Massachusetts’ United States Attorney. The vote was a dead heat and Vice President Kamala Harris cast her vote as the tiebreaker to push through President Joe Biden’s nomination.

As the first black female Massachusetts U.S. attorney, Rollins is getting plenty of attention from the mainstream media. But readers in New England may remember Rollins as “Road Rage Rollins,” after a report surfaced last January that featured a woman accusing Rollins of presenting herself as a police officer in a mall parking lot and threatening to have her arrested — for what exactly, we don’t know. – READ MORE

Few stopped to ask if America needed rescuing — especially in the states who ended up with a gargantuan $350 billion payday that, as it turns out, they didn’t even need. California ended up with an unthinkable $75 billion budget surplus in 2020. They will run a $31 billion surplus in 2021. Many other states are still trying to figure out how to spend all that extra cash. – READ MORE

These Are The Things Real People Are Spending Millions Of Real Dollars On, In The Metaverse – While billions are joking about Facebook’s “metaverse” plans, real people are spending millions (and soon billions) in real cash to buy imaginary objects. As BofA’s Alkesh Shah writes, metaverse land (and yacht) purchases are accelerating as blockchain-enabled applications and new frontiers continue to develop. – READ MORE