It’s not just ordinary employees who are quitting their jobs at the fastest pace on record, as the latest JOLTs report showed when it revealed that in March the number of quits rose by another 152,000 to a record high of 4.5 million. 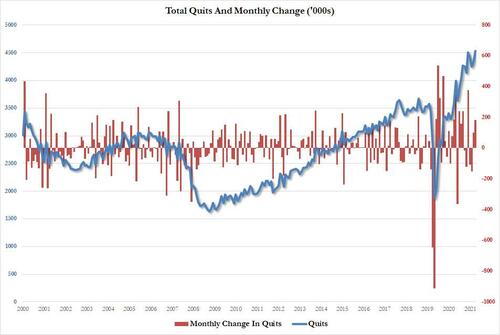 According to Challenger, CEOs are bailing at a record pace as well: in a report published on May 18, business and executive coaching firm Challenger, Gray & Christmas, found that the number of CEO changes at U.S. companies rose 3% to 123 in April from 119 in March.

“Many companies are making changes at the top to address rising costs for both business and consumers,” said Andrew Challenger, Senior Vice President of Challenger, Gray & Christmas, Inc. – READ MORE

CEOs Are Quitting Their Jobs At The Fastest Pace On Record