One of those is $25 million extra for the secretary of agriculture to spend on “proposals that utilize diet and feed management to reduce enteric methane emissions from ruminants.” – READ MORE

Hidden on Page 653 of $433B Climate Bill, Dems Throw Loads of Money Toward Electric School Buses – If a new proposed bill passes, green energy will be prioritized over fossil fuels, undermining industries like coal mining. Details buried in the bill show Manchin’s betrayal of his West Virginia constituents may also enable wasteful spending on “green” school buses for our kids. The problem there is, these electric buses have been unpredictably bursting into flames so hot, fire departments struggle to extinguish them.

The switch to zero emission public transit vehicles is part of a deal worked out between Manchin and New York Senator Chuck Schumer. The latest catastrophic spending bill advancing in the Senate — ironically named “Inflation Reduction Act of 2022″ — would drive inflation by spending hundreds of billions on inefficient green energy and payoffs to special interests. – READ MORE 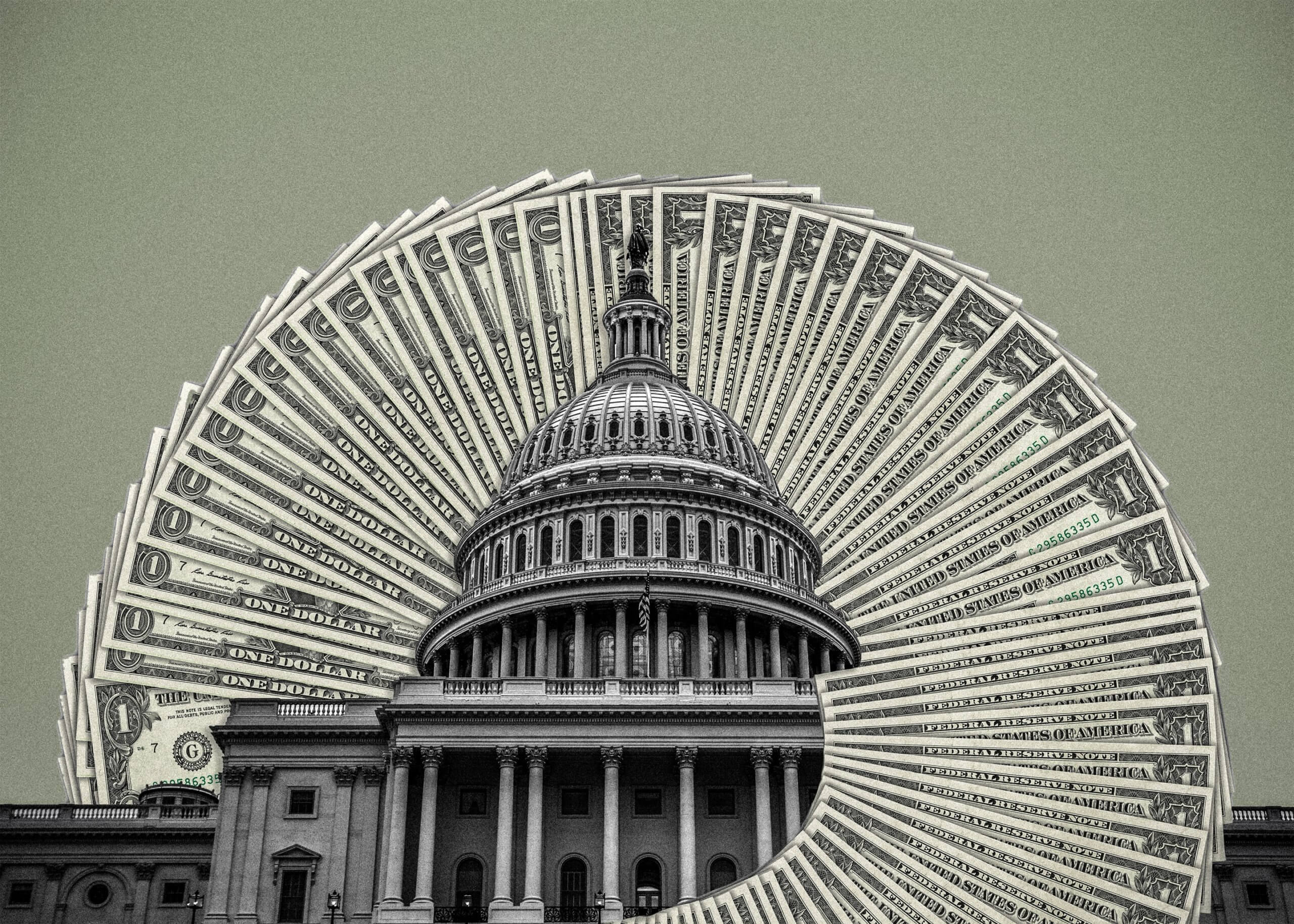 Joe Manchin Sold His Soul for a West Virginia Pipeline – Sen. Joe Manchin (D-W.Va.) has been in politics since 1982, so he knows a thing or two about wheeling and dealing. Manchin was sitting pretty, holding the fate of the entire Democratic Party in the palm of his hand because it was his vote that was absolutely necessary to keep Joe Biden’s agenda alive.

When Democratic Majority Leader Chuck Schumer doggedly pursued Manchin’s vote for the so-called “Inflation Reduction Act,” he didn’t arrive at the negotiations empty-handed. Schumer came to the table bearing gifts — the kind of gifts that a politician like Manchin couldn’t refuse. – READ MORE

When the Federal Direct Student Loan Program began in 1994, the Department of Education estimated that it would generate $114 billion in revenue for the federal government. Almost 30 years later, the program is estimated to cost the government $197 billion, a staggering difference of over $300 billion. The Federal Student Loan Program has failed, and the cost of its failures will be shouldered by the American public. – READ MORE

Credit Card Debt Jumps Most in 20 Years as Inflation Soars – American households increasingly relied on their credit cards this spring as prices rose at the fastest rate in four decades.

Credit card balances jumped $46 billion in the second quarter of the year. Compared with a year ago, balances are up 13 percent, the largest increase in more than 20 years, according to data released Tuesday by the Federal Reserve Bank of New York. – READ MORE

Ammo Companies Say Packages Shipped With UPS Mysteriously Go “Missing” –Bearing Arms reported several firearm-related companies had their corporate accounts canceled by UPS. Not only that, but some of these companies also have had packages damaged or lost while in transit to customers.

One ammunition distribution company called “The Gun Food” reported out of a recent 18,000 rounds of ammunition shipped with UPS, only 6,000 made it to the end destination. – READ MORE

Emerging crime capitals of America: These cities have the highest murders per capita – There are certain U.S. cities that have consistently battled violent crime — particularly homicide — throughout the past three decades: Chicago, Philadelphia, Baltimore, even New York City.

Violent crime stories out of these beloved American cities frequently make news headlines due to local and national concern for their residents and the tourists who frequent these historic areas. – READ MORE

NIH argues in court it cannot release information about COVID-19 origins because there’s too much misinformation out there – A whistleblower support group that is suing the National Institutes of Health has filed a motion objecting to a federal judge’s order in favor of the government agency, which asked for the name of a Chinese scientist to be sealed. But the name of this scientist was already made public by the NIH in 2020, and critics say the agency’s request is part of a haphazard and aggressive attempt to redact documents and hide information related to the origins of the COVID-19 pandemic.

Empower Oversight on Thursday filed a motion in federal district court objecting to an order issued by Magistrate Judge John Anderson granting the NIH’s request to have South China Agricultural University scientist Kangpeng Xiao’s name sealed, even though the agency previously disclosed Xiao’s name in a public records requests made by U.S. Right to Know in 2020 and in a records requests made by Empower Oversight later. – READ MORE

Israel’s War On Cash Is About To Get More Drastic – Starting Monday, it will be a criminal offense in Israel to pay more than the equivalent of $1,700 in cash to a business or $4,360 in cash to individual, as the government intensifies its ongoing war on tangible money.

It’s a war that began in earnest with the 2018 passage of the Law for the Reduction in the Use of Cash. Israeli businesses and individuals began facing limits on cash transactions in January 2019. However, on Aug 1, those limits are being slashed nearly in half. – READ MORE

The Genetic Panopticon: We’re All Suspects In A DNA Lineup, Waiting To Be Matched With A Crime – Whatever skeletons may be lurking on your family tree or in your closet, whatever crimes you may have committed, whatever associations you may have with those on the government’s most wanted lists: the police state is determined to ferret them out.

In an age of overcriminalization, round-the-clock surveillance, and a police state eager to flex its muscles in a show of power, we are all guilty of some transgression or other. – READ MORE