Home » Americans Spent More on Taxes in 2021 Than on Food, Clothing and Health Care Combined

According to newly released data from the Bureau of Labor Statistics, Americans in 2021 once again spent more on average on taxes than they did on food, clothing and health care combined.

During 2021, according to Table R-1 in the BLS’ Consumer Expenditure Survey, American “consumer units” spent an average of $15,495.28 on food, clothing and health care combined, while paying an average of $16,729.73 in total taxes to federal, state and local governments. 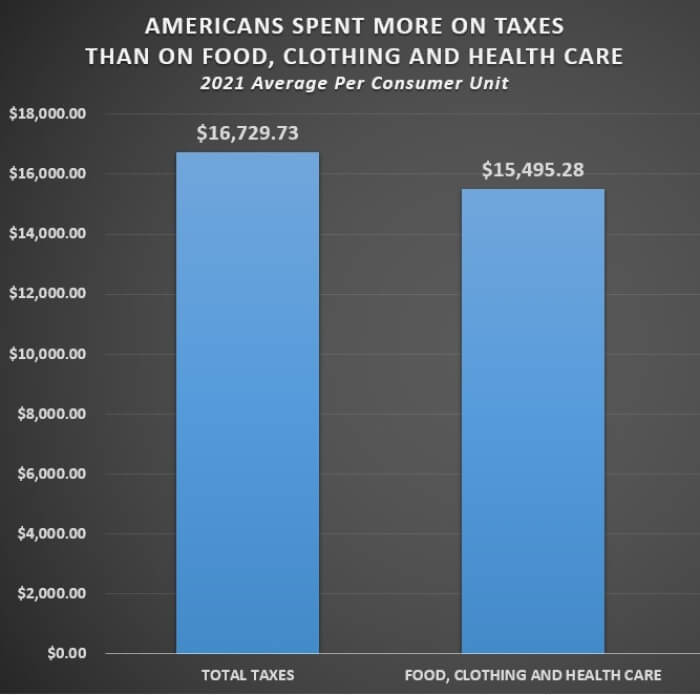 “A consumer unit,” the BLS says in the glossary for its Consumer Expenditure Survey, “comprises either (1) all members of a particular household who are related by blood, marriage, adoption or other legal arrangements; (2) persons living alone or sharing a household with others or living as a roomer in a private home or lodging house or in a permanent living quarters in a hotel or motel, but who is financially independent; or (3) two or more person living together who use their income to make joint expenditure decisions.”

Americans Spent More on Taxes in 2021 Than on Food, Clothing and Health Care Combined